Hey kids, how about a non-obituary post? Today we are going to pick the best band of the 1960s/1970s. (Hint: It’s the Beatles)
Disclaimer: These opinions are those of blog management, but are most likely correct. :)
What makes a band a “best band”? Popularity? Sure, but how about if the individual members are the best at what they do? I mean, Herman’s Hermits sure was popular at the time, and their songs are catchy, but are any of those 5 lads among the best at their individual task? Hardly.
Let’s look at the contenders (in no order):
The Rolling Stones
A big NO from this corner. Oh yes, they are the kings of longevity, and Mick Jagger may be the best “showman” (or is that Freddie Mercury?), but “singer”? No. Everyone else in the group is serviceable-to-competent at best (yes, that includes the overrated Keith Richards).
Led Zeppelin
Now HERE is a serious contender. The band as a whole? Certainly. Jimmy Page? Top 5. John Bonham? Same. Robert Plant? He is arguably a top 5 vocalist. John Paul Jones? (Ahh… this band’s “Ringo”, but still a top ten bassist, and he plays keyboards too). Songwriting? Of course!
The Who
Like Led Zeppelin, most of these band members are top 5. Keith Moon and John Entwistle? Yes. Roger Daltrey? Certainly top 10 and maybe top 5. (Definitely top 1 in stage props!) Although not a top 5 guitarist, Pete Townshend is one of the best songwriters.
Cream
Everyone’s in the top 5 here (well, Eric Clapton is pretty darn close anyway). But as a “super group” this is the musical equivalent of an All-Star team, so comparisons to other bands may not be fair. (Heh heh, their advantage is they don’t have that 4th member to drag them down.)
Deep Purple
I was just watching the “Highway Star” video on YouTube earlier this month (about 10 times), and everyone in this band is just amazing. Start with vocalist Ian Gillan (and his banshee screams), organist Jon Lord, and of course guitarist Ritchie Blackmore. After about my 3rd viewing, I was ready to anoint that as the best song ever. Ian Paice’s drums were crashing through the whole song, and bassist Roger Glover did a great job as well. This band is more than “Smoke on the Water”.
Jimi Hendrix Experience
With all due respect to Mitch Mitchell and Noel Redding, this band is pretty much a one-man show. Hendrix is certainly at the top of his game, and Mitchell is also one of the best, but the band was so short-lived (ok, so was Cream), and as I said, the non-Hendrix members were almost like session musicians. (So, no to this band.)
Queen
Freddie Mercury may just well be the best vocalist/showman ever, and Brian May’s guitar work is definitely distinctive. Drummer Roger Taylor and bassist John Deacon are good, but this band feels like a 2-man show to me.
The Beatles
They definitely benefited by being the first big rock band. Paul McCartney is surely a top 5 bassist and top 10 singer. John Lennon? He wasn’t necessarily a good guitar player, or even a good singer, but his songwriting was at the top. That Lennon and McCartney are the best songwriting team is certainly no newsflash, but look at their albums – there’s hardly any filler. How often when playing one of their CDs in the car do you hit the “skip” button? Almost never (outside of Revolution 9). George Harrison is a good guitar player, but you can’t put him in the top 5 (and probably not in the top 10). Ringo? He’s this band’s “Ringo”. I like Ringo, and he's a great guy and completely without ego (take some notes, Macca), but objectively, he was in the right place at the right time.
The Dave Clark Five
Mike Smith’s vocals and keyboard are the highlights of this group. Dave Clark’s thundering drum beat too. Denis Payton’s sax is another trademark here, but did this band have a guitar player or bassist? You can hardly tell by listening to the songs. They lead the “Number of times on the Ed Sullivan Show” sweepstakes (18), and I like a lot of their songs, but they just can’t compete with the bands listed above.
Chicago
A rock band with horns? Is that done? I liked a lot of their early stuff, until they became the “Peter Cetera Easy-Listening Band”. From AXS TV and YouTube, I have recently come to appreciate guitarist Terry Kath’s contributions more.
So there’s 10 bands. Yes, the 1970s were glossed over somewhat, but I was intentionally focusing on the 1960s. I could have taken the time to write about Boston, Fleetwood Mac, Pink Floyd, Kiss, Kansas, The Eagles, Lynyrd Skynyrd, Aerosmith, and Bad Company, but in the end they weren’t going to pass the “each member among the best at what they do” test anyway.
Feel free to comment on who should be in 2nd and 3rd place.
Posted by Jim from Downingtown at 6:22:00 PM 1 comment: 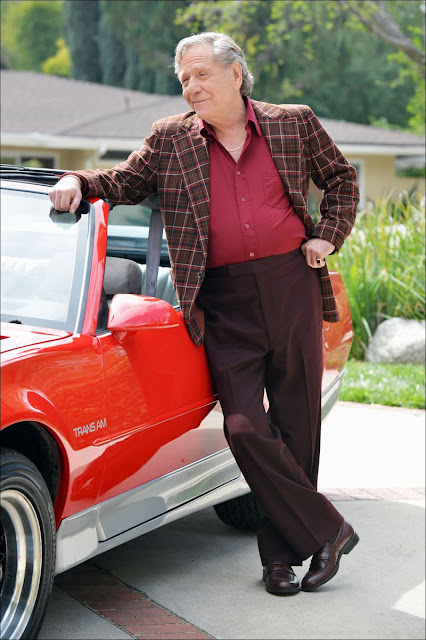 Most recently, he played the grandfather role of "Pops" on the TV series "The Goldbergs". That was one of my favorite shows in recent years, which I watched religiously from its inception in 2013 until I cut the cable TV cord last summer.
A decade earlier he was a regular on the series "Just Shoot Me", and of course too many movies to list here.

Posted by Jim from Downingtown at 4:33:00 PM No comments:

2021 has picked up right where 2020 left off...
Gerry Marsden, the vocalist, guitar player, primary songwriter, and leader of the 1960s' British Invasion group Gerry and the Pacemakers passed away on January 3, 2021 at age 78. 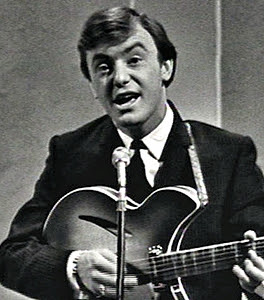 The Pacemakers were from Liverpool and were buddies with the Beatles. (The 2 bands combined for one show in their pre-fame days.)
Other things they had in common with the Beatles (besides their hometown) were Brian Epstein as their manager, and George Martin as their record producer.
Some of their most well-known songs are "Don't Let the Sun Catch You Crying" and "Ferry Cross the Mersey", both written by Gerry. They also got in on the "let's make a movie" craze, as did the Beatles (obviously), the Dave Clark Five, Herman's Hermits, and others.
His band was one of my favorite British Invasion bands back in the day, right after the Beatles and the Dave Clark Five. They were in my "2nd-tier", along with the Hollies and Herman's Hermits. (The Rolling Stones and the Who were of lesser interest to me.)
A few years ago I bought this DVD, and had just re-watched it about 2 weeks before his death. 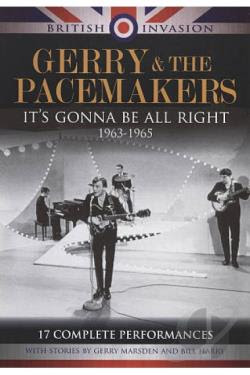 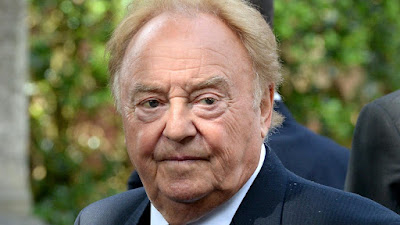 Marsden in 2017. He resided in Liverpool his entire life.
BBC obituary
Posted by Jim from Downingtown at 1:28:00 PM 1 comment:

One day before the end of the worst year ever, and this has to happen. 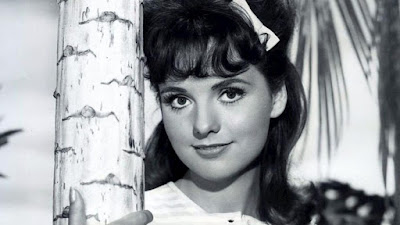 In the past month or two, celebrities have been passing away at an alarming rate. 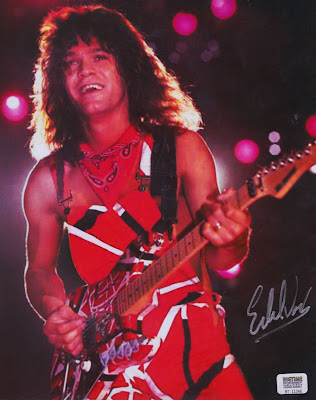 One of my favorite VH songs from the David Lee Roth era is "Ice Cream Man". (All 4 of them are off the chain on that one.) From the Sammy era it is "I Can't Stop Loving You".

My son and I saw Van Halen a few years ago. We have been hitting some of the classic rock shows over the past decade: Van Halen, Paul McCartney, the Who, Eric Clapton & Steve Winwood, the Beach Boys, Kiss, and Def Leppard. 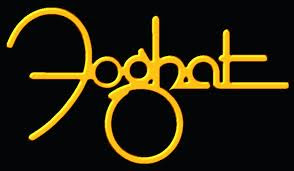 I belong to a music group on Facebook, and a few days ago someone posted about Foghat, which reminded me that they were one of my favorite bands in the mid-1970s. Then I watched a few YouTube videos (about 5 times each!) and decided I needed to write about them here.

When I first latched on to rock music in 1967, my favorite bands were the Beatles (duh!), the Beach Boys, and probably the Monkees. As the Beatles winded down their career in 1970, the Grass Roots soon filled the space on my music radar for a few years.

In the mid-1970s, I became acquainted with Kiss and Foghat through my younger brother's 8-track tapes. I soon bought Foghat's Live LP (which went platinum).

The classic Foghat lineup was "Lonesome" Dave Peverett (lead vocals and rhythm guitar), Rod Price (lead guitar), Tony Stevens (bass), and Roger Earl (drums). All but Price had been in Savoy Brown before leaving to form Foghat in 1971.

Their 5th album "Fool for the City" was released in 1975 and included the title track, and also "Slow Ride". (I think this was the 8-track that my brother had back then.)

Although "Slow Ride" was their biggest hit, that song seemed too slow (no pun intended) for me. I always liked "Fool for the City" best, followed by "I Just Want to Make Love to You" (mostly because of the dueling guitars on the intro and the driving bass line).

They had some great songs, but the band seems to have been forgotten over time. They broke up in the 1980s, then two splinter groups formed. Finally, the original lineup got back together for a while in the 1990s.

The change in singer Dave Peverett's appearance in just the 2 years between the 1997 video and this 1999 video is startling. 5 months later, he died from cancer at age 56.

Rod Price passed away in 2005. Drummer Roger Earl still tours with a new Foghat lineup.
Posted by Jim from Downingtown at 1:50:00 PM No comments: